My first app on IBM BlueMix

Somewhere in 2014 IBM had announced BlueMix, the Platform as a Service offering how is running on Softlayer. With the help of Cloud Foundry it should be easy to deploy your apps to BlueMix.

Join the beta
I joined immediately the beta. After I logged in it was a bit of overwhelming what I saw.
Later on Ryan Baxter of IBM made the move from IBM Collaboration Solutions and had started blogging about BlueMix, with some great video’s.
Especially the video about the , made me to start again with BlueMix.

Locally
Locally I was investigating the possibilities of NotesJS, also to see how easy it was to interact with a XAgent to get my data out of an nsf file.
On BlueMix I was see also the support of NodeJS, so that starts me thinking about moving the NodeJS app to BlueMix. I also that there was support of MongoDB. A database who was buzzing for a while in the Java and XPages community.
So I installed also MongoDB and took my first steps in the MongoDB world.
I was impressed by the performance of this database and also how easy it was to get the data inside the system.
As I work a lot with Eclipse, I found a very nice MongoDB GUI, , very lean and mean perspective in Eclipse, which gives me the ability to manage my MongoDB installation.

Connect to MongoDB
Next step to edit my, very simple, NodeJS app to get connected to MongoDB. That was very simple, with and within 30 minutes I was able to read and write data to my MongoDB through my NodeJS app.
After that I made some enhancements to the app.js to manage my connection to MongoDB locally and later on BlueMix, .

Push it to BlueMix
Withe the CF tool, remember you need version 6 and not the 5.x version on the Cloud Foundry website, it was very easy to push the app to BlueMix.
It took some minutes.

And the result can be seen here.

I am really impressed by the abilities of IBM BlueMix. That can be fun in the future 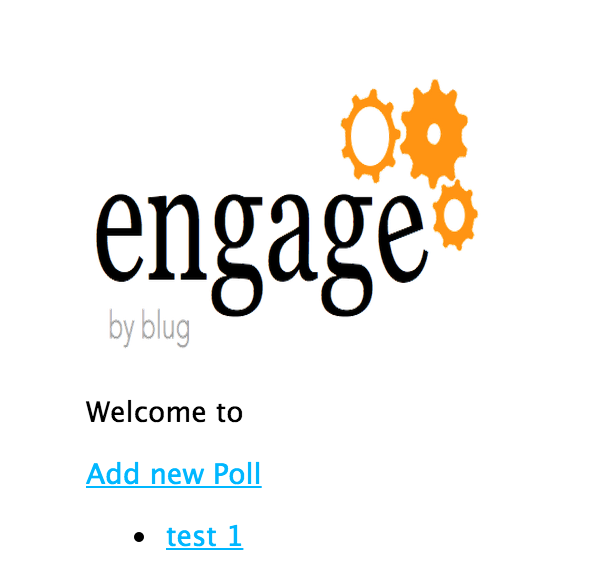