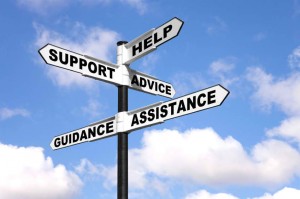 Last week I was in Orlando for IBM Connect. The first time as independent developer and I was very happy to be part of the new format of the conference.

My (short) take on IBM Connect
There were mixed feelings about IBM Connect after last year. At the beginning you could this feeling again, but was fast fading away. I liked the new venue, the catering. Even the airco in the rooms was, for me, just right.
It was also good to see that IBM has taken steps to take the OGS to another level, with good announcements and great demos with lots of humor.

One nice thing was Outlook which get the Mail from a `Domino server and not from Exchange. So when users are complaining that they want Outlook. Now they can get Outlook without a total migration which most of the time ends up with 2 systems running, because it seems hard to replace their ‘old’ Notes applications by another system which can meet the same security level ( for some customers it key for their business ).
The message was clear to me. IBM prefer cloud first, BUT if your organisation is not ready for the cloud of has other reasons, there are more options, everything on-premise or a hybrid model.

Domino and XPages are part of the this strategy and that is very good news for me as een Developer.

Domino as (Java) web server, also for IBM Verse on-premise. XPages to bring older Notes application in modern (responsive) web world. BlueMix is the new development platform and it looks that XSP runtime will make it to GA on BlueMix during the first half of 2016. Which opens more possibilities to connect your Notes data to other services like Watson and many more.

There are some vendors who promise to modernize your existing Notes applications with their frameworks. I knew already the power of Aveedo from We4IT. During IBM Connect Trilog has launched Darwino, which

is a platform agnostic enterprise full-stack application development platform and was built from the ground up to focus on the delivery of social mobile applications (quote from their website). I am very enthusiastic about their approach. I think is a very good way to modenize your application and made them available on aa mobile developers.

When I think of liberate your Notes data, in my opinion there is only one real solution, LDC Via. Their approach is solid, with ends your key data in a mongoDb, with the same level of security in place through the application layer. The front end is up to you, NodeJS, AngularJS or ReactJS. It is very mature platform.

As the message was clear by IBM, XPages will be the major development platform for Notes database, whether it is on-premise, on BlueMix or something in between. Companies who have IBM Notes applications running have to think about what to do with their applications. Using the ICAA (aka Notes Browser Plugin) to run applications or modernise the application or a combination.

I can help companies with these decisions or even mentoring their own developers to make them up and running on XPages.

One thought on “Mentoring, modernisation or liberation”